No matter it’s the plume of clouds spilling out or the hits on throats, vapes are designed largely to mimic traditional cigarettes to help more smokers quit. Want to make the imitation better? Loading some of the best tobacco flavored vape juice into your vape will help.

By providing authentic tobacco aroma and tastes, tobacco vape juice has really taken the world of new switchers by storm. Beginners find the transition can be unexpectedly smooth, as long as picking a right vape kit for smoking cessation, and filling it with tobacco-flavored juice.

While make no mistake, the juice is also embraced by vape hobbyists, largely for its dominant spiciness which comes out mellow.

We’ve put together a list of the 9 best tobacco vape juice on the market, including those pre-filled in disposable vapes. If you want least operations and maintenance, these disposables with tobacco flavor will be a perfect match. Read on and find your favorite!

The Forte by Black Note is a premium e-liquid characterized by full-bodied Burley tobacco, which carries dense cigar-like flavor and robust aroma. Just note that its flavor is derived from real tobacco leaves through natural extraction process, with no synthetic additives added to fake it. Hence, the e-juice just rocks out in creating the 100% authentic tobacco-inhaling experience. Be mindful not to use it with a sub-ohm machine. Forte is geared for MTL draws, only suitable for low-watt pod-based vapes with above-ohm coils.

American Patriot by Naked 100 Tobacco has a high VG concentration at 65%, suitable for your huge cloud production. It’s designed to mimic the authentic tobacco flavor, with only subtle sweetness to be the icing on the cake. Being light on sweetener, the juice just delivers the plain earthy tastes typical of realistic tobacco leaves on your sniff and inhalation. It’s an optimal alternative for smokers who try to make a transition to vaping. 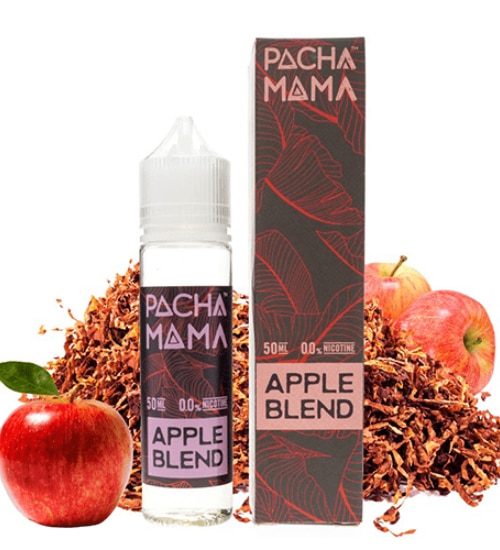 Apple Tobacco by Pachamama is a perfect blend of tobacco with a hint of freshly picked apples. The addition of apple doesn’t come off as overwhelming, but only balances out the overall flavor profile. Its sour-sweet note is spot-on, and takes the tobacco fragrance to another level. This e-juice uses salt nicotine and comes with high strength at 25mg and 50mg. If you’re looking for a product to effectively strike out craving, this is the one. 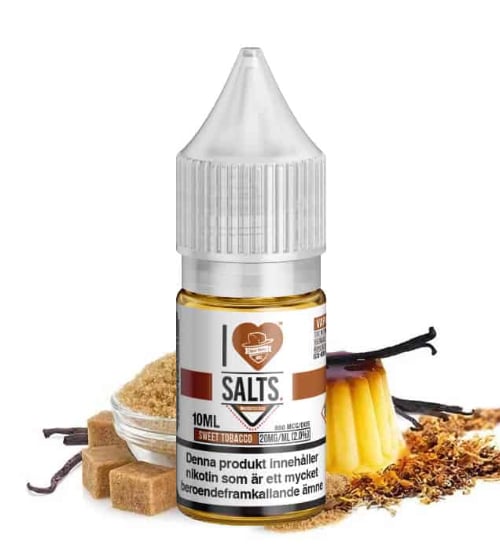 Mad Hatter Juice is an established e-liquid manufacturer well-known for its salt-based formula, and its I Love Salts line is quite a smash. Sweet Tobacco is an exceptional flavor from this line. It’s marked by evident nuttiness of earthy tobacco when you breathe in, left with a gentle note of aromatic vanilla and custard on exhale. Its well-made nic salt recipe is the key to the smooth throat hit you get from each draw. What’s more, the 50/50 PG/VG ratio of Sweet Tobacco makes for its great flavor balance, and the compatibility with most vape kits. 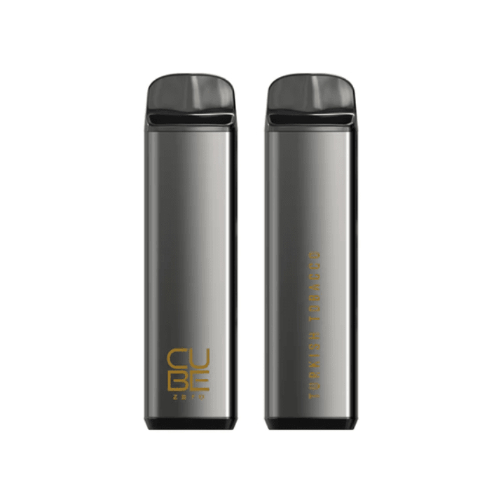 Cube disposable vapes come available in both salt nicotine and nicotine-free versions, the latter of which is what we know as Cube Zero. Prefilled with up to 11ml e-liquid, Cube Zero offers an average user 3000 puffs, able to last for a couple of days before you toss it out.  Cube Zero is not rechargeable, and thus brings a more hassle-free experience.

Cube Zero has an impressive tobacco flavor option featuring nice representation of realistic tobacco leaves: Turkish Tobacco. This flavor is highly aromatic, delivering the wonderful taste from small-leafed tobacco that cures in the sun. It’s mild, not very strong, and gives long-lasting after taste. Plus, it provides good hits on the exhale, not overly harsh.

Elf Bar 600, prefilled with 2ml nic salt juice and powered by a 550mAh battery, has a wide array of flavors to choose from. Be sure to check our earlier review on all of its flavors. The cream tobacco is a definite winner. It does exactly what it says on the tin by blending the robust, well-rounded tobacco with a nuanced note of custardy. And its restricted MTL draws and plumes of tobacco-flavored vapors can perfectly mimic the sensation you always get from a cigarette.

Dinner Lady disposable vape pen, as the first launched disposable product from Dinner Lady, is prefilled with 1.5ml of 20mg salt nicotine e-liquid and powered by 400mAh built-in battery. It delivers about 400 puffs. Dinner lady occupies a place in the vape e-liquid market with its rich and delicate flavors.

Smooth Tobacco is an ideal option to go for if you crave for clean tobacco flavor without any nicotine. Every pull from the Dinner Lady disposable vape is soft and pure, not overpowering. 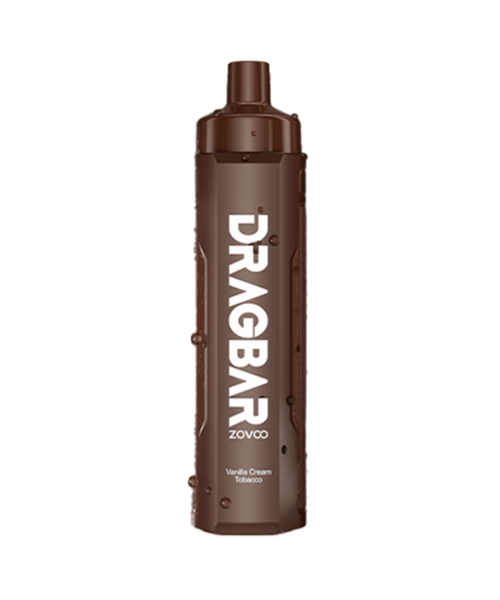 Zovoo Drag Bar R6000 is the latest addition by ZOVOO, Voopoo’s sister company, to its disposable vape line. Featuring a cuboid body with every edge smoothed out, the ergonomic gadget can perfectly fit in your palm and give comfortable grips. It runs on a 0.6ohm mesh coil and places an airflow adjustment toggle to allow for fine-tuning. That’s why it rises through the ranks of disposables with tobacco flavor. With the subtle note of vanilla added, it delivers fairly mellow tobacco taste that lasts long. 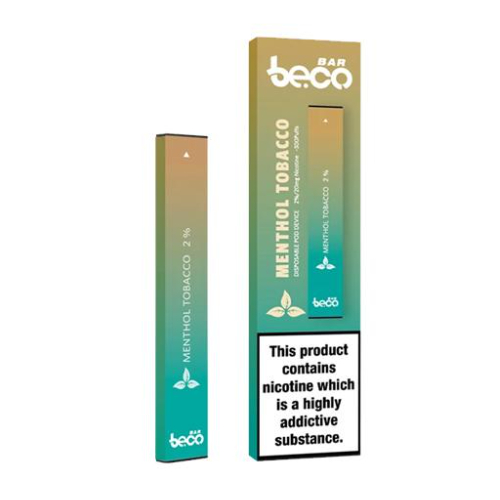 Beco Bar is a slim compact which eliminates anything that might turn out as a fiddle for new switchers, like coil maintenance or refills. Each Beco Bar houses 1.3ml e-liquid and allows for around 300 puffs. Its unique “menthol tobacco” flavor has long been a hot seller. This one features a strong icy blast on inhale, to create the most refreshing sensation you’ve ever got from a tobacco liquid. While on the exhale, the rich tobacco would gradually shine through and prevail.

What’s the Difference Between Vaping Tobacco Juice and Smoking Tobacco?

Plenty of just-transitioning smokers start off on their vaping journey with tobacco flavored vape juice. Hence, “what’s different between vaping tobacco juice and smoking tobacco” is actually a question that might have popped into many vapers’ heads, more or less.

In a nutshell, their differences are mainly the ones between vaping and smoking.

Smoking delivers nicotine by tobacco combustion, which leads to what we believe as tobacco aroma. Burned tobacco is known to cause at least 69 carcinogenic chemicals.

In contrast, vaping offers nicotine satisfaction through vaporized e-liquid, which consists of only propylene glycol (PG), vegetable glycerine (VG), flavorings and nicotine. They’re either commonly seen in beauty products or food-grade ingredients approved by the FDA. In an e-juice, no matter how identical its flavor is to a burned cigarette, it’s just because of the flavorings. For more details about vaping’s relative safety, our guides have got them all covered.

Secondhand smoke is a mixture, which includes the smoke from a cigarette’s burning end, and the smoke people breathe out. Researches have pointed to the great harms it can bring.

Vaping produces secondhand vapor as well, which, in other words, is just the clouds exhaled by vapers. It carries very little toxic chemicals though.

According to Juul’s study, the nicotine level in an average Juul pod is equivalent to that in about 18 cigarettes. That’s a solid evidence that vaping is a more cost-effective option when it comes to the same level of nicotine intake.

When vapers select out a vape liquid, no matter tobacco flavor or any else, they tend to factor in the nicotine strength and VG/PG ratio before making the final decision. It’s because the two parameters are always optional. E-liquid allows you to have precise control over your nicotine intake—3mg, 20mg or whatever you like. You could even customize the degree of throat hit (it gets harsher when PG is higher) and vapor amount (it gets larger when VG is higher).

As shown above, vaping tobacco flavored juice really has tons of advantages over smoking tobacco directly. However, it’s worth noting that the tobacco flavor in an e-juice can be 99% realistic, but never 100% same.

How to Choose the Best Tobacco Flavored E-Juice?

Flavor: Quality tobacco flavored vape juices always aim to provide the most natural and authentic tobacco taste. However, some e-liquid might give you straight tobacco, while others prefer to mix it with other flavors, such as fruits and menthol. Which is better to choose just comes down to your personal preference.

Color: It’s a natural process that your tobacco flavored liquid with naturally-derived nicotine will get brownish over time. You can keep using it as long as it doesn’t exceed the use-by date.

PG/VG ratio: It’s hard to pump out huge clouds with a high PG e-liquid; if you want to chase clouds, go for high VG ones. While it’s perfect for vape starters as it produces an evident hit in throats as you experience from smoking. What’s more, high-PG juice is more capable of carrying flavors, and thus can deliver more authentic tobacco flavor. 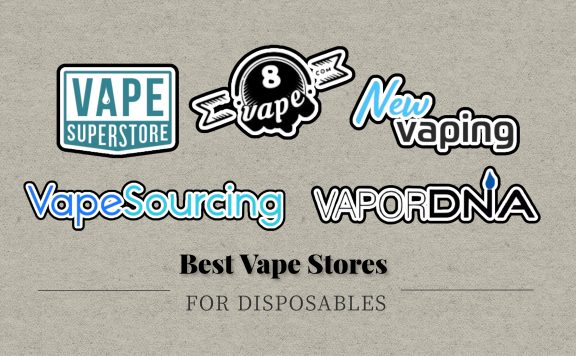