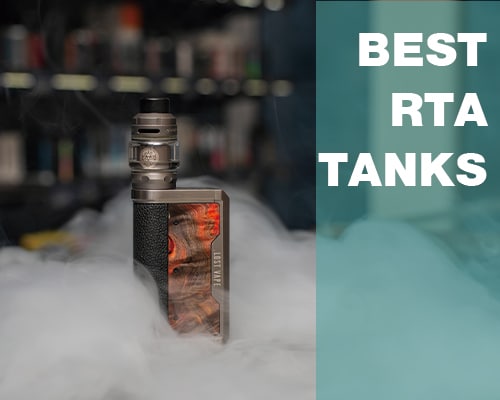 If you’re obsessed with the unmatched flavorsome big clouds produced by RDAs, but wouldn’t like to give up the convenience of traditional sub-ohm tanks, RTA tanks can satisfy you on both counts.

We’ve put together a list of the best RTA tanks of 2022 here. You can find what suits you best based on your particular needs. 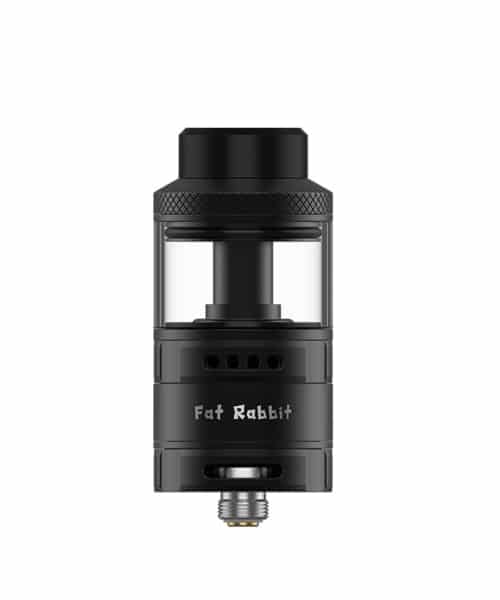 “RTA” is short for rebuildable tank atomizer, a common type of rebuildable vape atomizers. A typical RTA consists of a drip tip, a tank, a build deck and a 510 connector. Its airflow control system stands either at the top of the tank, or beneath the build deck.

On the outside, RTA tanks just resemble an average sub-ohm vape tank. Their differences happen mainly on the inside: RTAs offer a build deck where users can install coils and wicks on their own. That means a big leap in the degree of customization, which allows vapers to get more control over their devices.

How do RTA Tanks work?

RTA, in essence, is a hybrid of typical tanks and RDAs. It still needs you to build your own coils on the deck, but the way you replenish the cotton wicks with vape juice is no longer dripping. You do it relies on the pressure differential between the interior and exterior of the tank. As the pressure is a tad higher inside the tank, it’ll automatically transport the juice to the wicks. This is actually how most regular tanks work.

RTAs vs RDAs: Which is Better?

In simple terms, an RTA tank can be regarded as an RDA (rebuildable drip atomizer) combined with a traditional tank. RTAs and RDAs make for the same level of customization, while the former saves the need to manually dripping e-liquid thanks to its tank section, which can load at least 2mL liquid every time. That being the case, users can be more immersive in pure vaping on one refill. Hence in contrast, RTA tanks is a more convenient option.

However, today plenty of vapers stick to the RDA style anyways. For one thing, RDAs tend to give better flavors and vapor production. Besides, the emergence of squonk mods also makes the trouble of continuously dripping e-liquid ease off a lot. As you squeeze a bottle encased in this particular kind of mod, e-liquid will be pushed up at once to saturate the cotton wicks.

How to Choose a Right RTA Tank?

Which RTA is a better match depends on your real wants and needs. A good rule of thumb is that single-coil or MTL-style RTA tanks fit beginners more, as they require less expertise in coil builds and output power control. Whereas dual-coil DTL RTAs are always more popular among pro vapers for their ability to produce enormous vapors.

Airflow also plays a key role when people select out RTAs. In general, top airflow system can eliminate most of leaking concerns, but always sacrifices the performance of vapors. Bottom airflow is on the opposite side—it features satisfying flavors and vapor reproduction, but the vape juice leakage can be a constant headache.

When you nail down everything you want from an RTA tank, it’s the right time to start off your hunt for products. Readings some product reviews and recommendations from experts will make the process faster and easier. 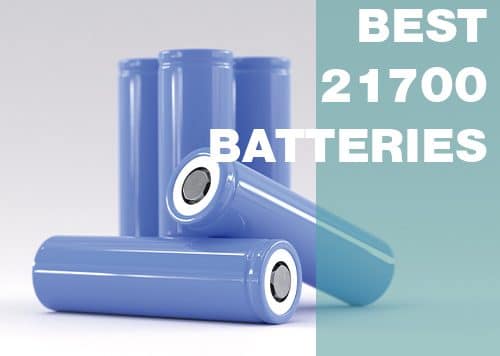 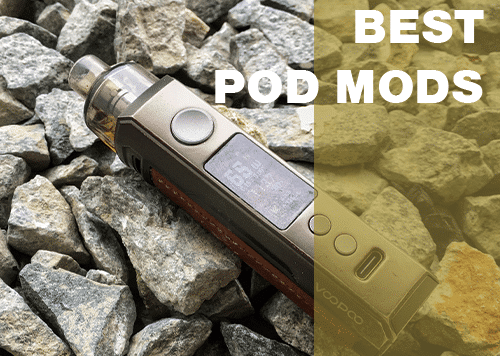 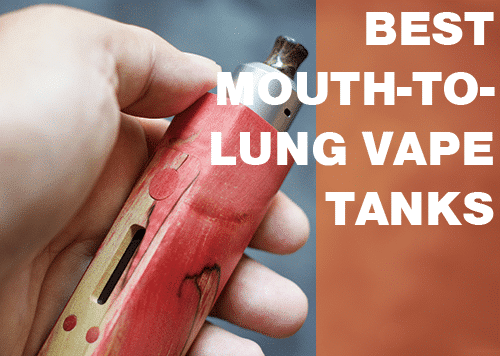